March 06, 2019
I have one more doily blocked and photographed, and it's a doozy! 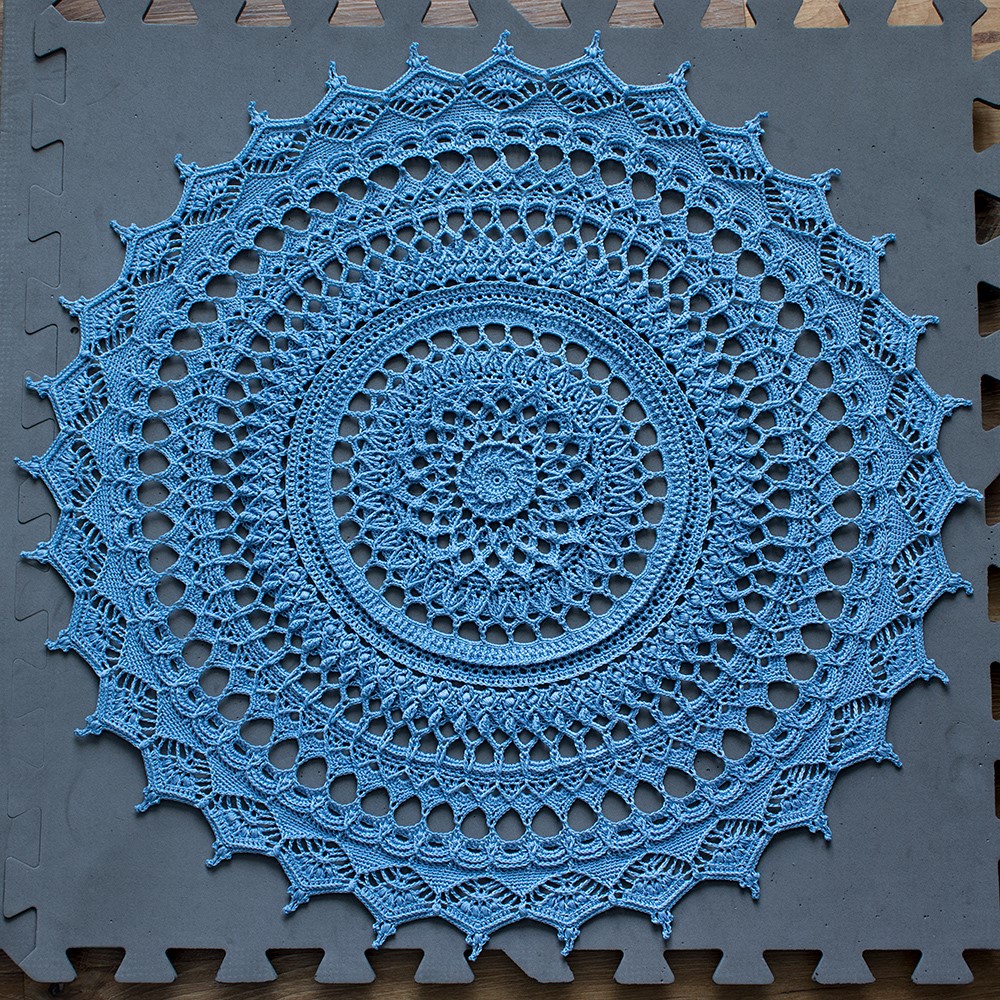 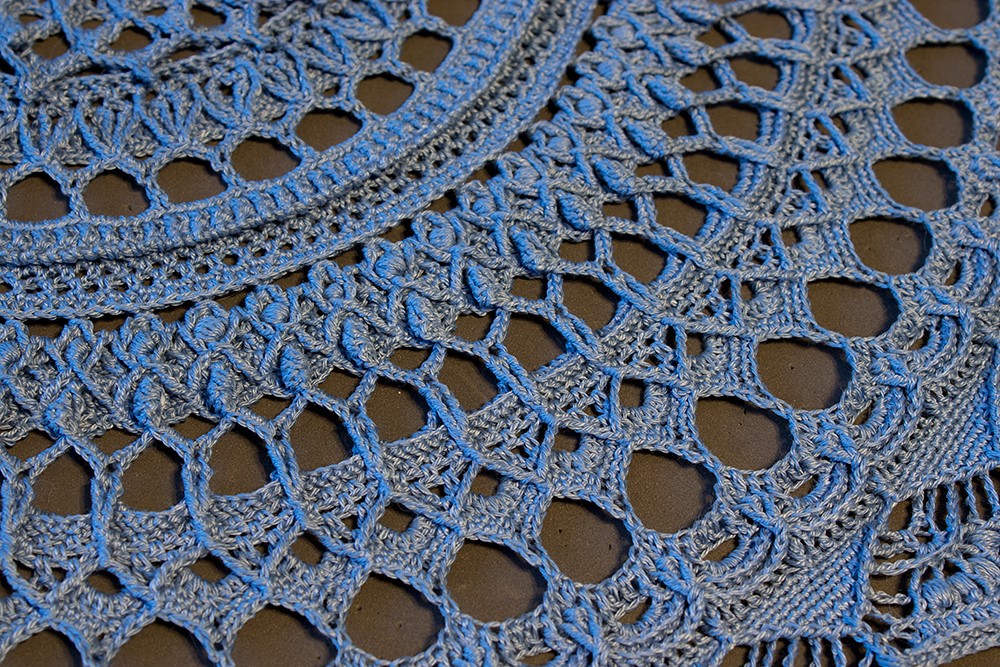 "Ahmanet" is the largest doily I've crocheted for quite some time.  (Maybe it's even the largest ever; "Pretty Baby" might have turned out larger but with fewer rounds...) 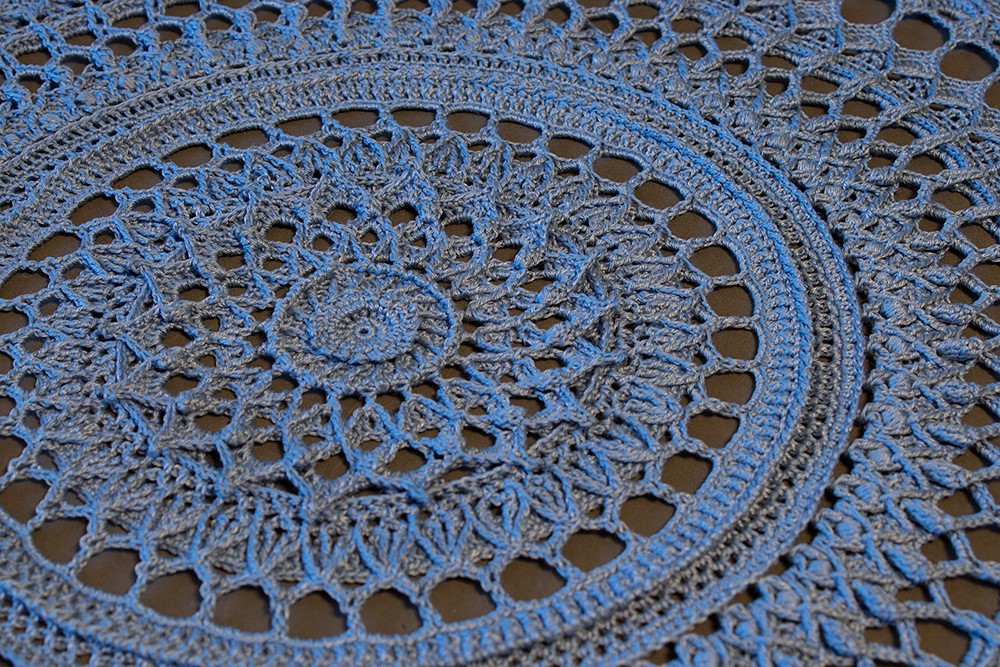 After blocking, it came to 23.5 inches from point to point.  (...I think... Somewhere around there, at least!  I have a hard time remembering numbers without a ton of repetition.  They just don't stick very well.) 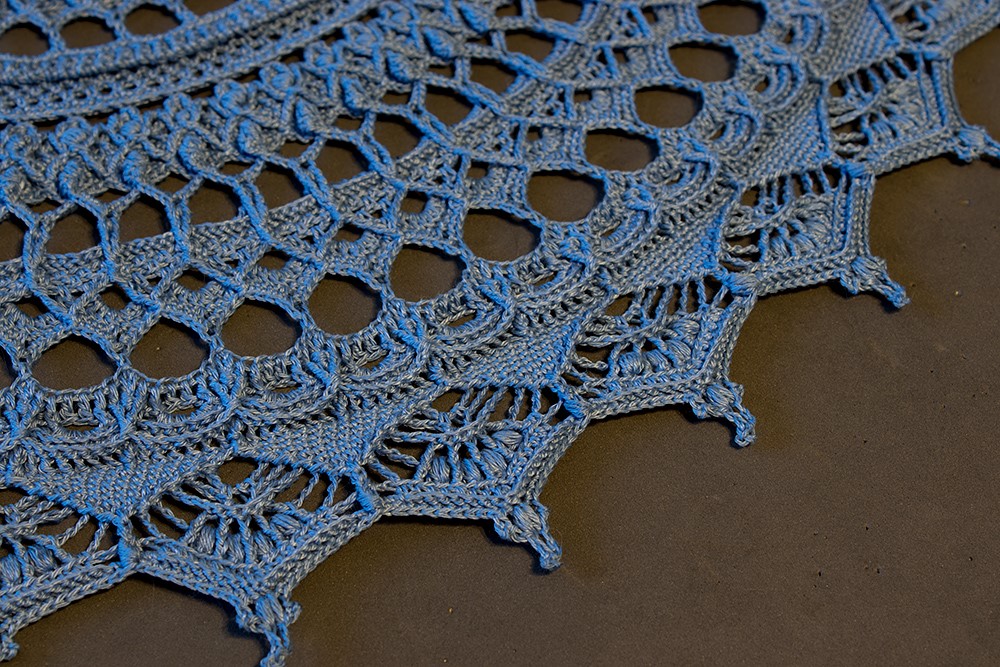 There are some challenging elements early in the pattern, and glancing at my project notes, I see that I had to go back and fix mistakes a couple of times later on in the pattern. 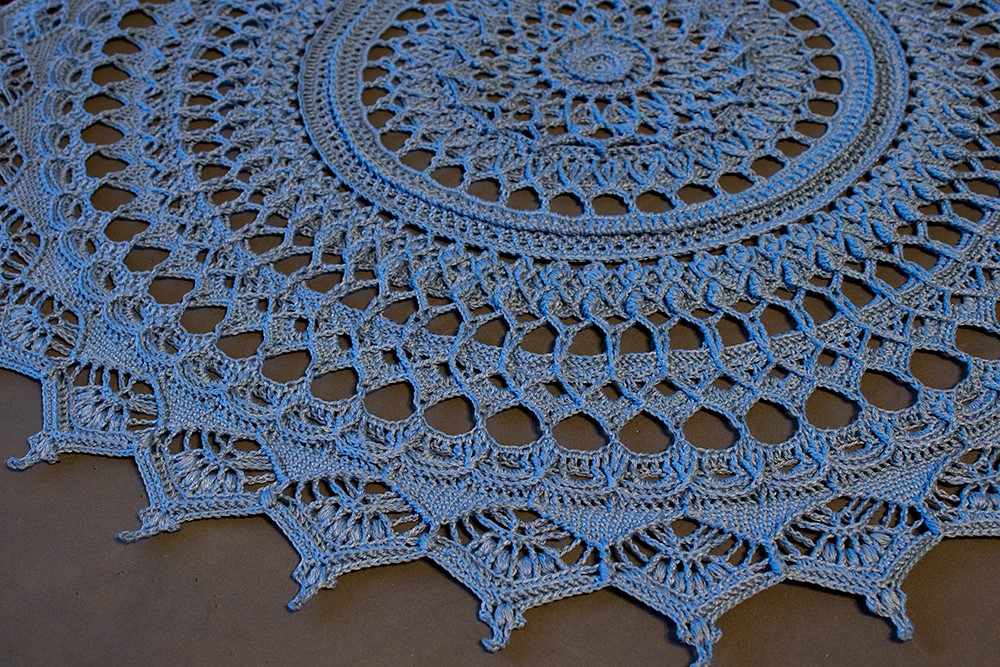 With a doily of this size, there's a certain amount of "challenge" just in the sheer size of the thing.  Even a relatively simple round can feel like it will never end. 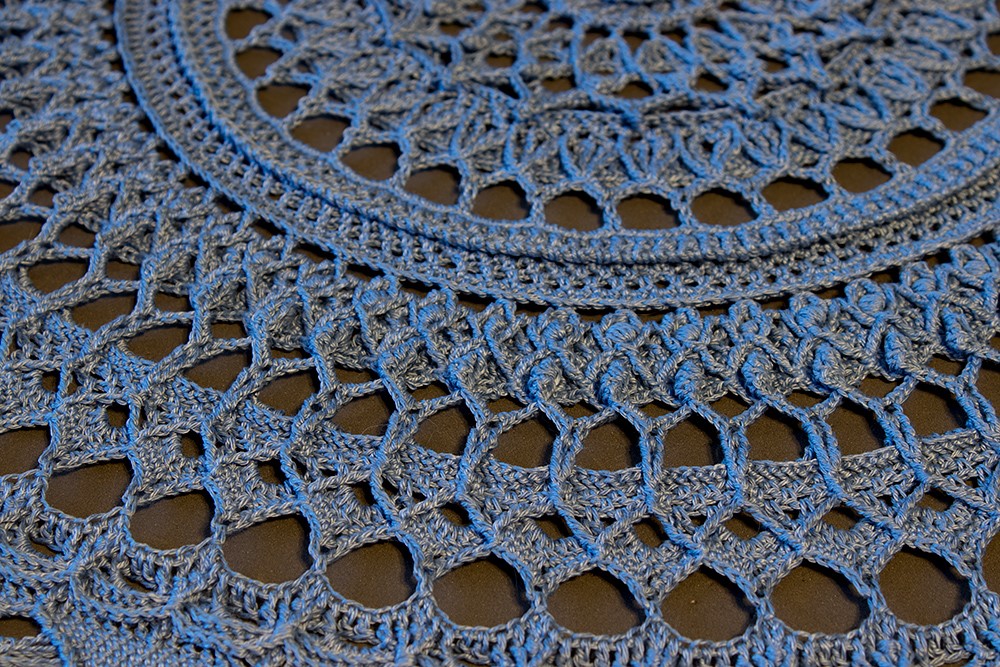 I took two months to finish crocheting this pattern, but I was working on other projects simultaneously (and apparently had a cold, according to my notes).  Still, even working at a top speed, I can imagine that a doily of this size will take a while. 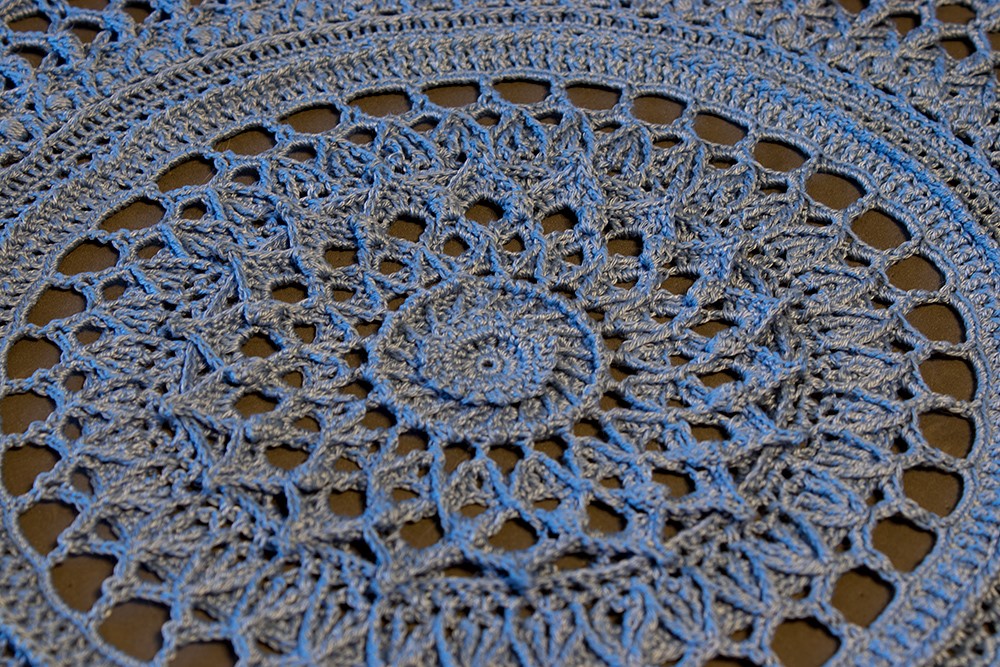 I'm very happy with how it turned out and would love to make it again, sometime.  This is another of those patterns that would be fun to try in several different colors or shades of thread. 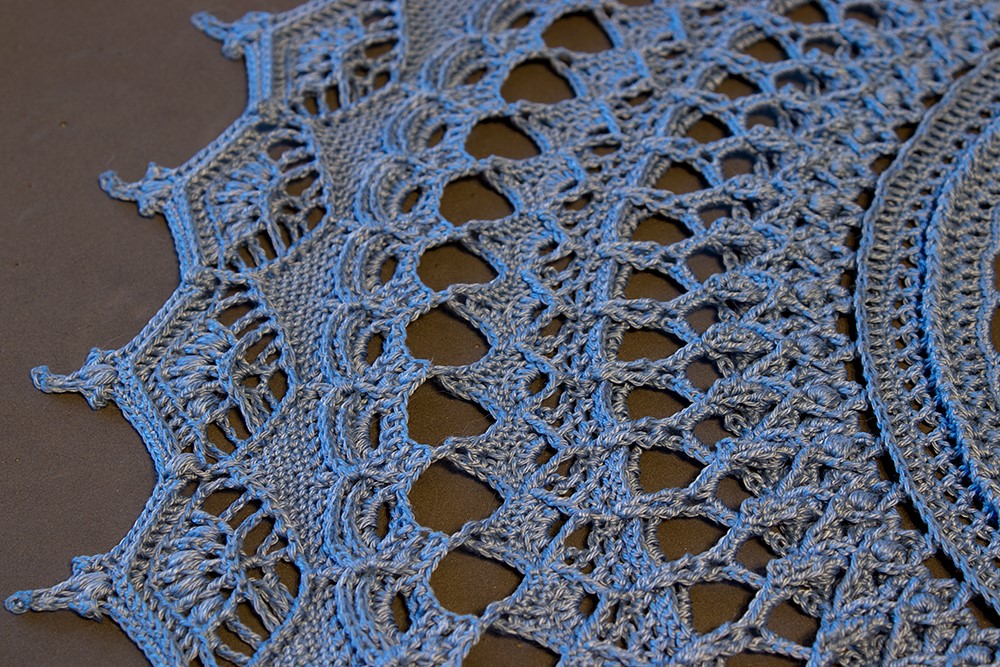 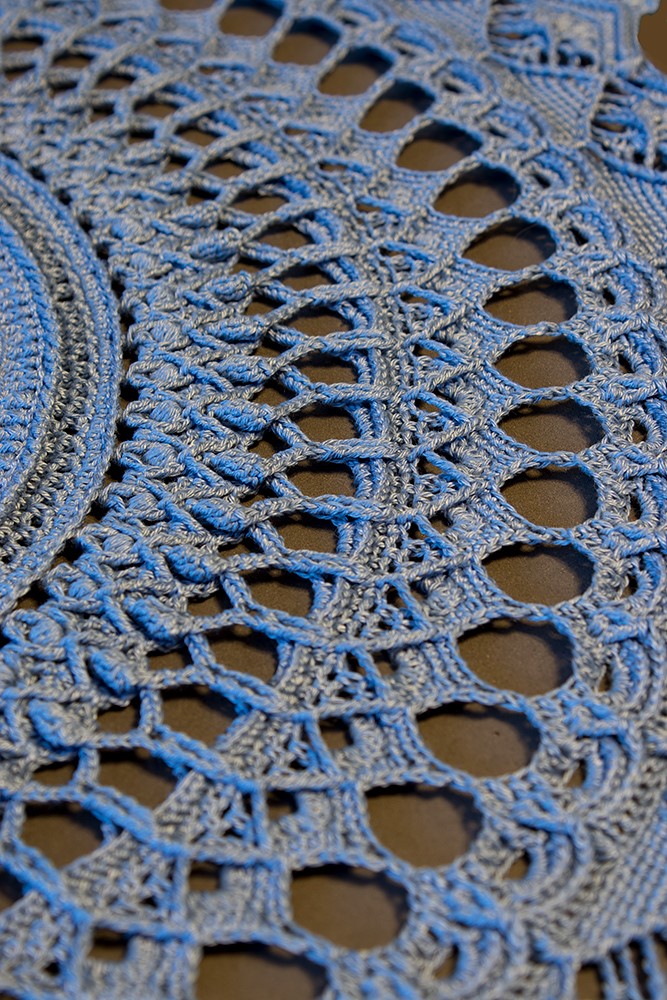 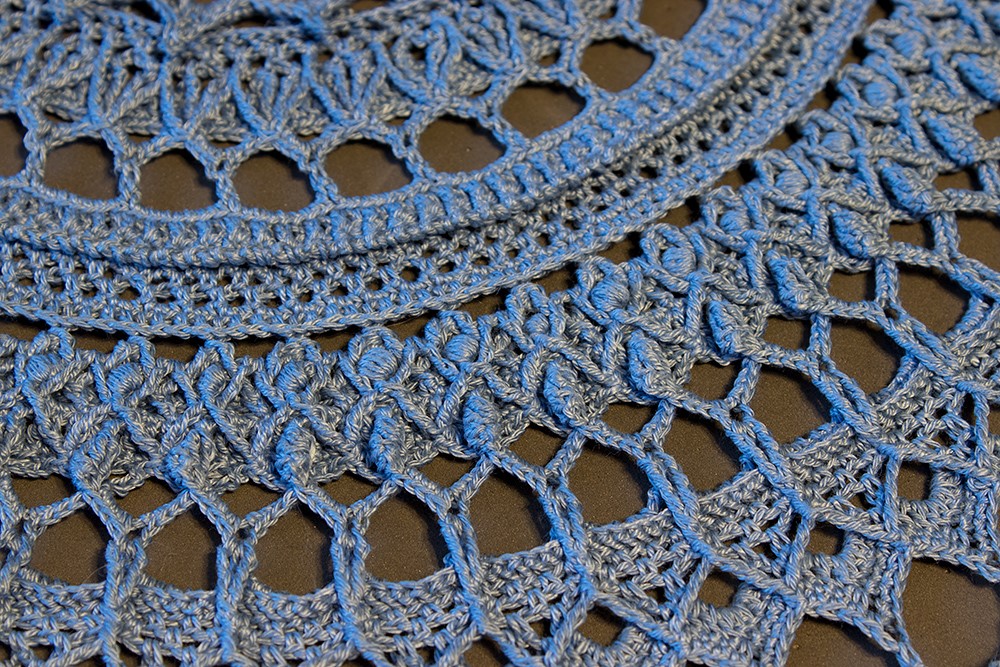 There's a ton of texture and detail in this one! 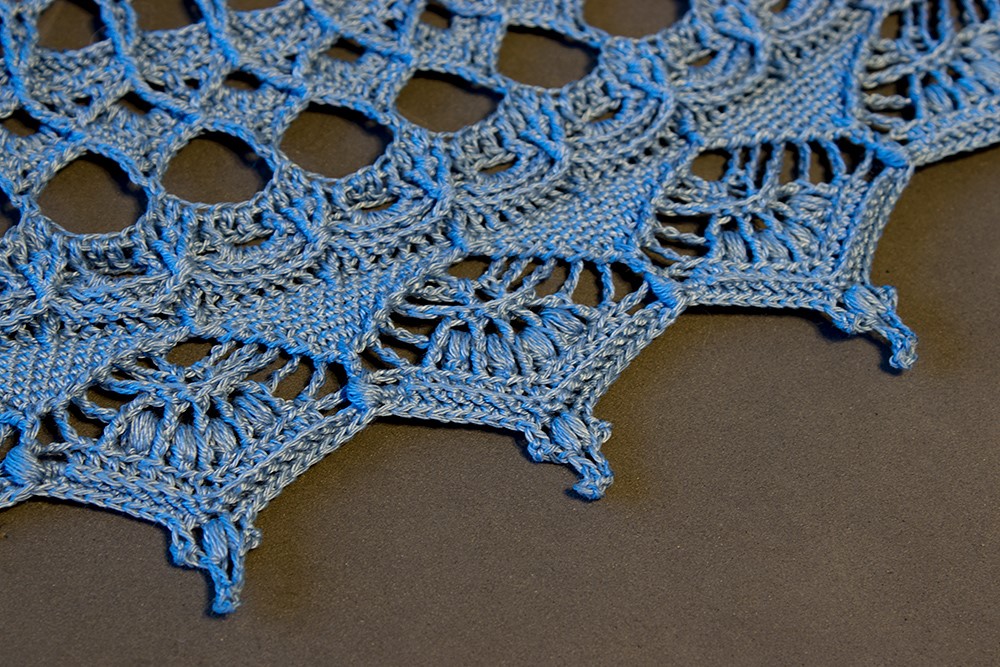